I’m an artist. I’m not a “gamer”, I never liked games as a child. So stressful! So boring! (to me).  So why did the universe decide that I should be the vehicle for a board game? I guess that remains to be seen.  At any rate, no one has invented a game like this before, because it embodies a paradigm that has not yet entered human consciousness in general. The paradigm is EQUALITY 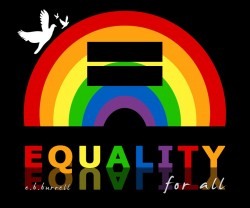 (image by NijlonKai).  CanCan is a game which, while being competitive, contains no conflict. This is because the game is rooted in color. Color is a universal language, it is one of the ways that nature speaks to us directly. There is no color that is “better” than another. Color conveys qualities.  Can we say that joy is better than peace? Or that vitality is better than wisdom? Or that healing is better than discernment? I think we need to say that all these qualities combine to create a fulfilling human experience.

I say CanCan is the simplest representation of this process, because I used one example each of all the colors—the colors of the light spectrum (red, orange, yellow, green, blue, purple), and also the colors of polarity, black and white. (Remember, except for black and white, there are a million variations of each of these colors; I picked one green, one red, one orange, and so on).  For the sake of a minimal diversity, I brought in four graphic shapes. I say minimal diversity, because think for a moment about the infinity of variations of color in the manifest world, and the congruent infinity of shapes, and you will have a sense of the vast variety in the world. The visual artist is simply recording this endless array.

Color is visible light. Each color in the spectrum vibrates at a certain frequency, and each frequency has its own feeling tone. We perceive color sensually, emotionally, spiritually, non-rationally. Color is outside the usual realms of logic and rationality, of duality, of hierarchy, of value—the realms of consciousness on which our world has been founded. These are the realms of consciousness that have informed the games of our recorded history, with their capturing, owning, hostage-taking, kings and queens, and puny pawns. If we start to learn the language of color, we can begin to manifest the potential of consciousness that we have literally ignored for millennia, while it has been singing to us in its glory all along.

This is what CanCan can do. It can teach the language of color in the way color likes to be taught—subliminally, deeply, non-rationally, playfully. Children who start to play CanCan at 5 will have a different relationship to the world than children who never played CanCan. They will have a sense of interweaving and collaborating. There will be an innate experience of unity, because they will have seen it happen over and over on their game boards, while never thinking a thing about anything except that the colors are pretty and the designs were always different. Grown-ups who play the game from now until the ends of their lives will feel soothed and energized by it, while never thinking much about anything other than that the colors are so attractive and the strategy is satisfying and challenging.

People like me who think about consciousness and the world, and how to make it a better place, will notice that the game of CanCan not only represents, but also teaches, a beautiful possibility.

Hence the name: Can. Can.

This entry was posted in Uncategorized. Bookmark the permalink.